Miracle is when the light of your eyes is only music.

Miracle is when he who feels the light shares it with whom can see it.

Miracle was Nobuyuki Tsjujii who, from his inborn darkness, has brought light to us on the stage of Enescu Sibiu Festival.

It was the first meeting between the Japanese artist and Romania, as a guest at the Enescu Festival. On the 12th September, at Sala Thalia, Nobuyuki’s Tsujii concert was immaculate.

I could never imagine that music, in its complexity and science, can substitute one of the five human senses. Nobu, how the Japanese artist is nicknamed, has knowledge of this world only trough music. From the early age of 4, born blind, Nobu dedicates himself to music, building for himself with the help of this art a different dimension of the world in which we all live in, a tangible dimension of it, a vibrant one.

After 27 years of music, the piano has become an extension of his body, a lens trough which he is capable to observe and understand the world. With a flawless technique and an impressive memory, the Japanese prodigy has succeeded in inspiring an entire world with his virtue and discipline. He discovered what probably only Beethoven and Alicia Alonso, the blind ballerina, have experienced: the sense and form of vibration.

Part of this incomprehensible dimension to us has been shared in Sibiu by Nobu, when an entire audience felt the common pulse between music and human being. On musical notes from Debussy, Ravel and Chopin, we all received a life lesson that evening, we were all filled with a vibrant light. We saw him merging with his piano, with his music. We heard him breathing. We felt his heartbeat pouring on the white and black piano keyboard alongside his tiny hands. Simplicity made him so human, so much like us, even though we all knew a whole world sets us apart. A perfect artistically turmoil and an uproar of feelings made of sound.

I tried to listen to the second part of the concert with my eyes shut down, to penetrate somehow the core of the music. To experiment a new universe of Chopin’s Ballads. To see Debussy’s Images with eyes blinded by light but thirsty for vibration.

But at the end I could open my eyes and see the miracle standing in the spotlight. Or in the music’s light.

Nil Venditti – “The orchestra is an example of a perfect democracy” 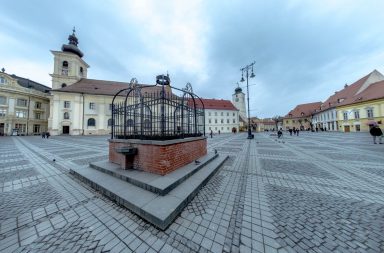 About Ballet, Mental Strength, and Japanese Education, with Ayaka, Principal Ballerina of the Sibiu Ballet Theatre 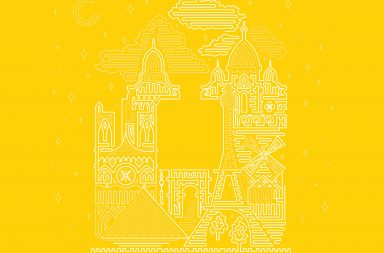